Who remembers all those great classic TV programs of the 80s? The Box Of Delights? The Chronicles Of Narnia? Knightmare? The Adventure Game? These were shows that boosted the imaginations of an entire generation, and inspired many. One of those inspired was Mr Oliver McNeil, who has managed to carve himself a career out of said inspirations, creating games, and interactive theatrical performances. Now YOU can join in as he takes the show live online.

Oliver’s latest venture was a hybrid RPG boardgame named The Storymaster’s Tales – Weirding Woods and it’s already became something of a cult hit in the gaming community, with a second game Dracodeep Dungeon currently funding on Kickstarter. However, combining the elements of theatre, game, visual FX and internet you are all able to watch and take part in a LIVE interactive version on his Facebook page here https://www.facebook.com/groups/339654010167488/?ref=share

Hosted by Oliver himself alongside other actors and clever puppetry, he brings the Grimm Brothers-esque setting of Weirding Woods to life and you get to explore and take part in subplots as you strive to fulfill your primary mission be it slaying Evil Sorcerer’s or saving the world from a plague of living dead. With an ever expanding land, equipment, foes and treasure, this is a great way to spend time and liven up the pandemic lockdown. If you’d like to take part in one of the upcoming shows, click here and join the group for performance times https://www.facebook.com/groups/339654010167488/?ref=share

The Fighting Fantasy world is continuing to strike out with a brand new competition to all budding fantasy artists. To celebrate the relaunch of this iconic gamebook series tomorrow, a #competition is being held to re-imagine one of Russ Nicholson’s groundbreaking illustrations from The Warlock Of Firetop Mountain. CLICK HERE for the official page about the competition .

The Guv himself, Mr Ian Livingstone has been hard at work signing 500 hardback copies of the brand new adventure, Port Of Peril ready for sending out to all avid fans. 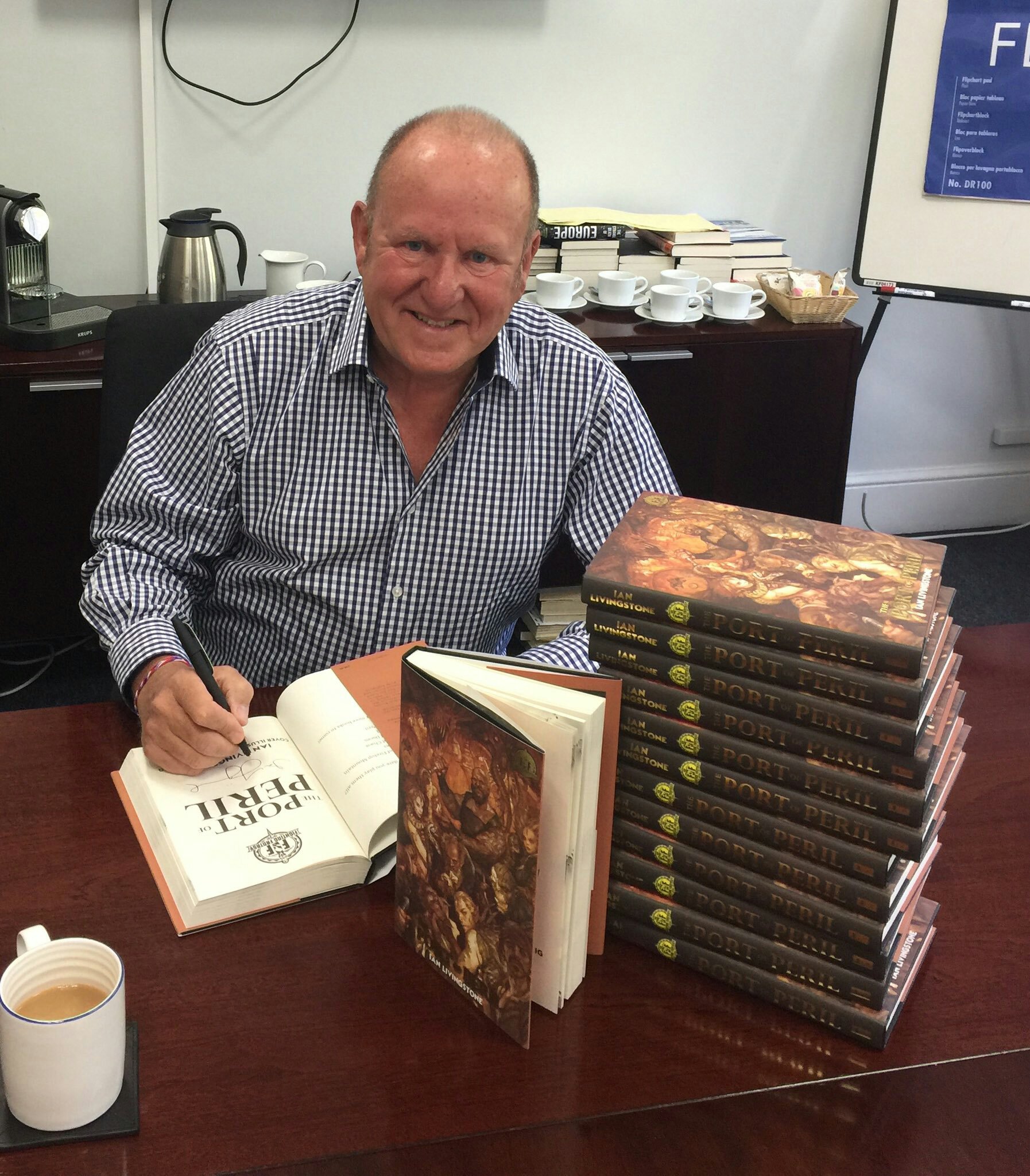