It’s September 2017. For the second time, brave adventurers and traders from all over the world were summoned to Ealing, London to take part a new Fighting Fantasy Fest organised by FF author Jonathan Green. The promise this time was ‘bigger and better than before’. And was it? In a word, yes! The Demonic Three aka Steven Leicester, Mark Lain and myself met up in Chinatown the night before for a catch up, meal and to take part in an Escape Room game by Hinthunt which we had organised many months before. 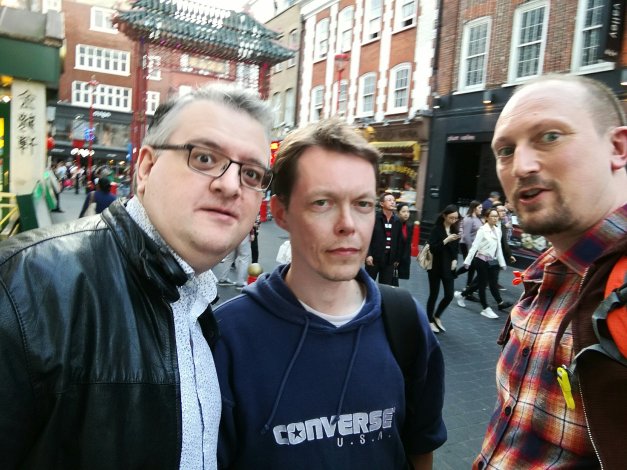 The following morning with our heads still buzzing from the night before, we catch the tube train to Ealing and coincidentally rendezvous with FF illustrator Malcolm Barter whereby we journey together the rest of the way to The University Of West London where the event takes place. 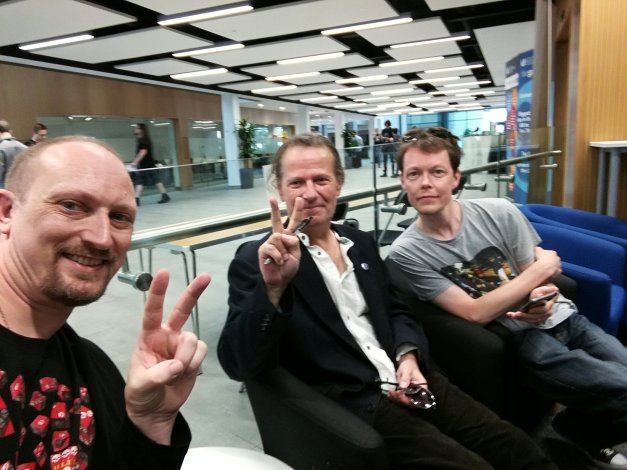 Jam and Mark with MalcyB

Jonathan Green is at the first display, signing away madly at You Are The Hero Part 2 copies that had only arrived hours before and he hurriedly dished them out to backers as they turned up. After he hands my copy and asks how fatherhood is treating me in reference to my baby, Cassia, a familiar face approaches. The former comissioner of Fighting Fantasy books charming Geraldine Cooke approaches and we greet each other going into conversation about how wonderfully strong the series has remained in the hearts of fans, old and new alike. She particularly liked my t-shirt emblazoned with red dice. Casually strolling towards us the co creator of Fighting Fantasy, Ian Livingstone joins in our chat clearly equally pleased Geraldine had shown up. I seized the opportunity to grab this picture. 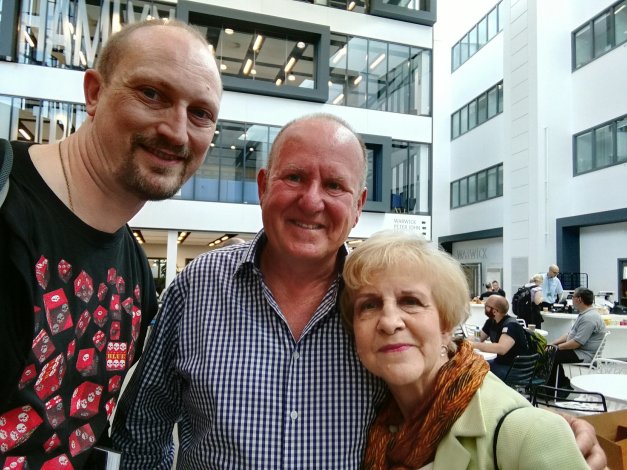 As the next hour or so continued I would visit the traders tables of Jamie Fry, James Schannep and Fox Yason Productions LTD, the latter of whom have produced an audio adventure set in Firetop Mountain. CLICK HERE for info. Nomad Games was also there promoting their new app Fighting Fantasy Legends. 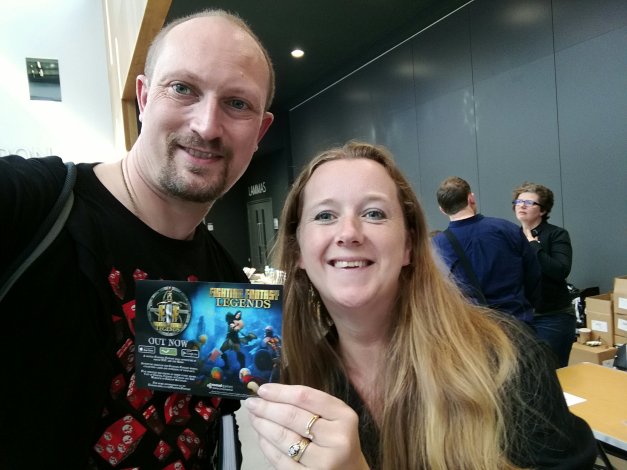 Also browsing was my hero Mr Liren Lin who had flown in all the way from the other side of the globe, and he took our photo after a nice catch up. 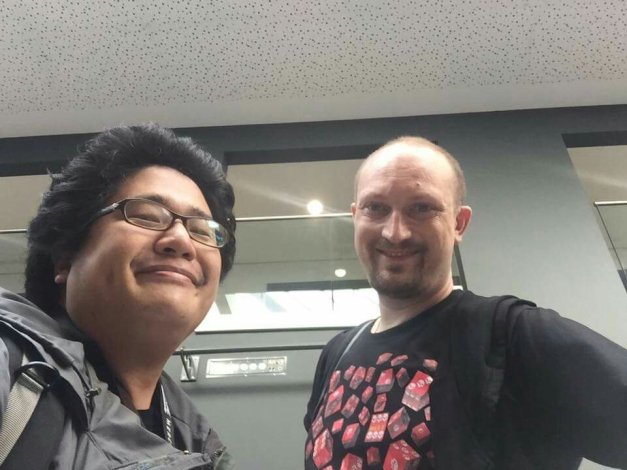 Slowly more and more friends from the Facebook FF group gathered as the morning went by. 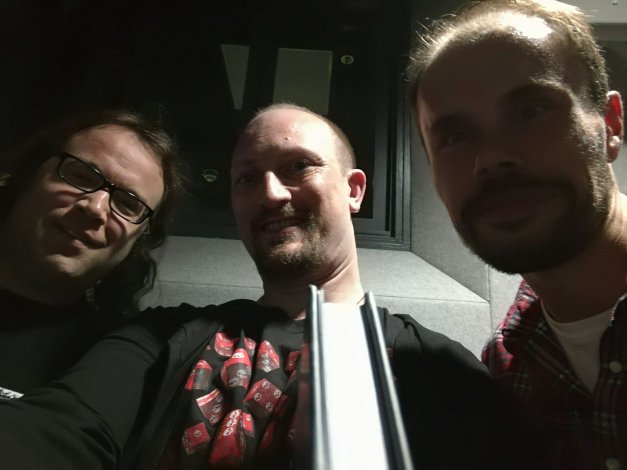 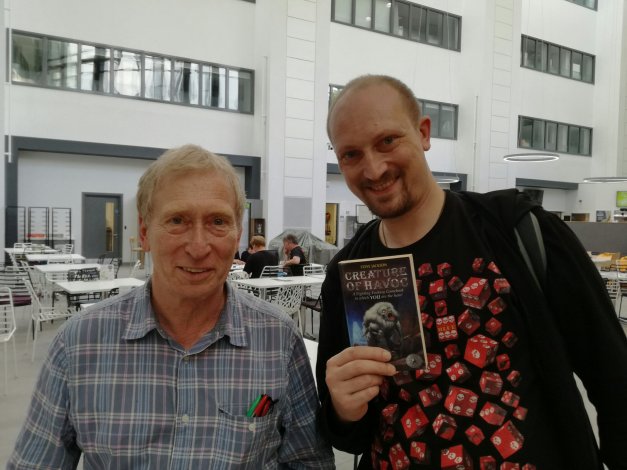 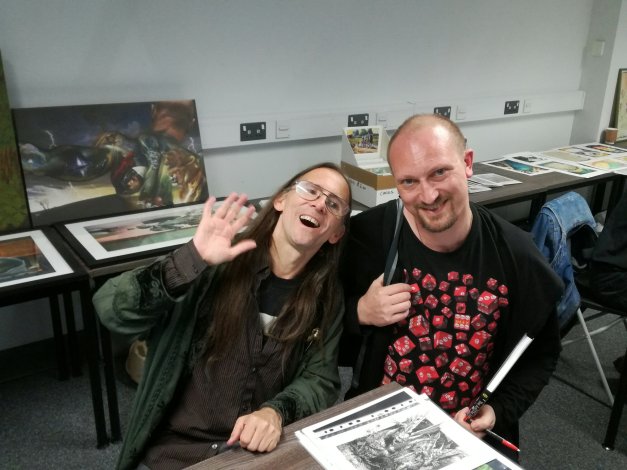 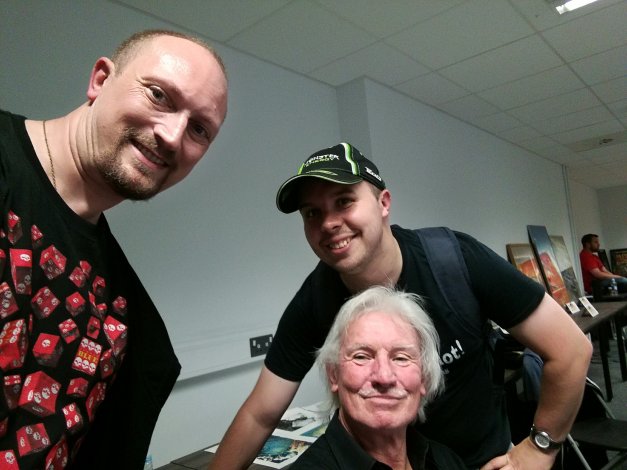 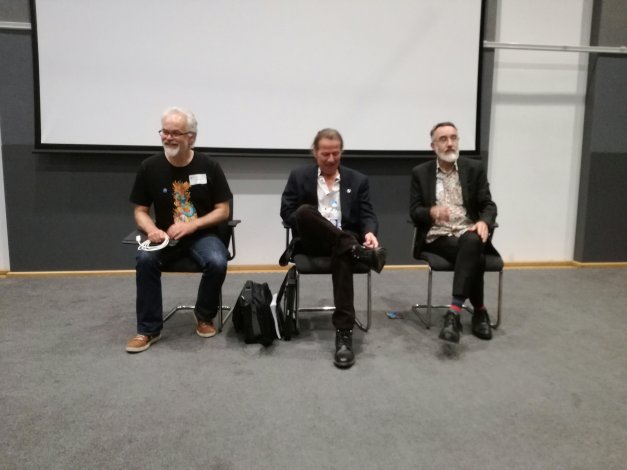 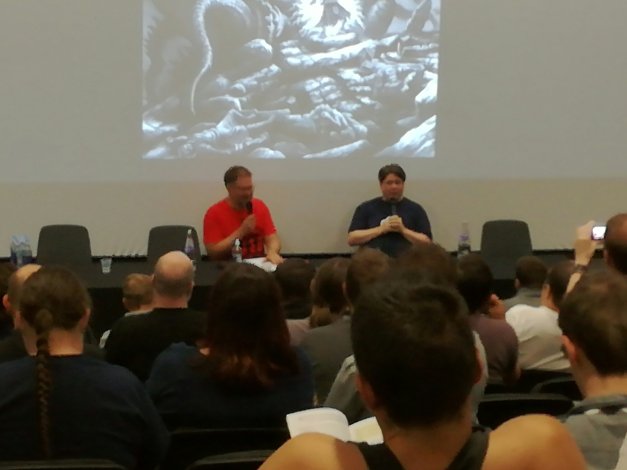 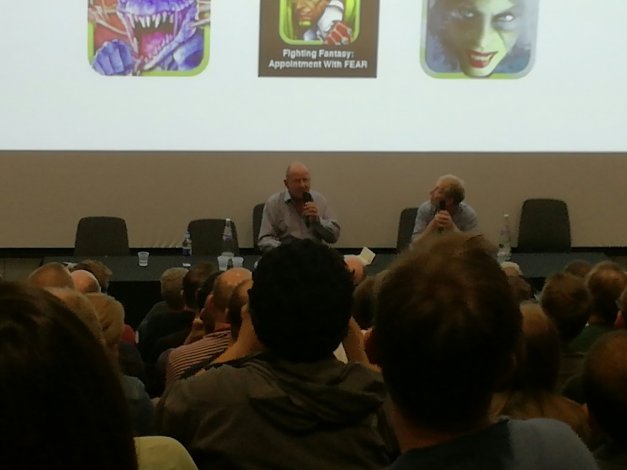 Ian Livingstone and Steve Jackson give a talk about Fighting Fantasy and where it is going in the future. Scholastic has now taken over as publishers and a big announcement was made which made the room fill with excitement. A brand new book will be released in 2018 written by none other than FF fan and star of The Fast Show, Mr Charlie Higson!! 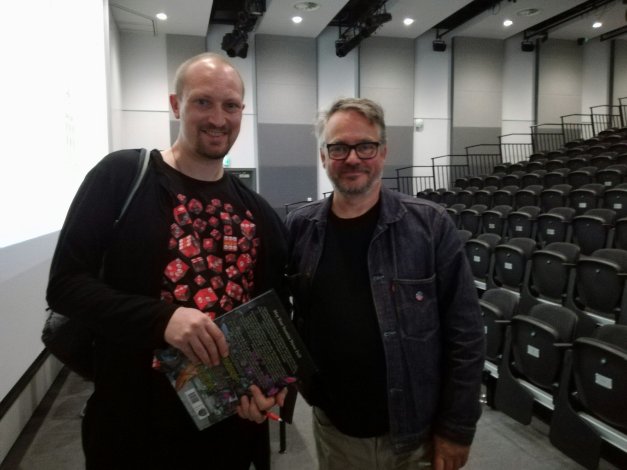 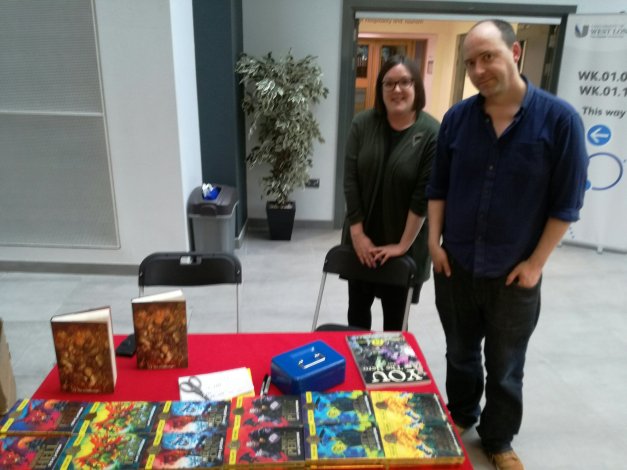 Scholastic promoting the new Fighting Fantasy range under their label

One of the biggest privileges this day was to have the illustrator Iain McCaig. He was one of the earlier artists of the series and of the recent limited edition Port Of Peril covers. Since Fighting Fantasy he has gone on to become an artist for Hollywood, and is widely famous for designing how Darth Maul and other characters would look in the Star Wars franchise. Here he is in a photo by Liren, I hope you don’t mind Liren but your photo was better than mine lol.

Of course the proceedings are not just about meeting stars but also interacting. So the Demonic Three and two extra all gathered round for some Advanced Fighting Fantasy fun held by Arion games. 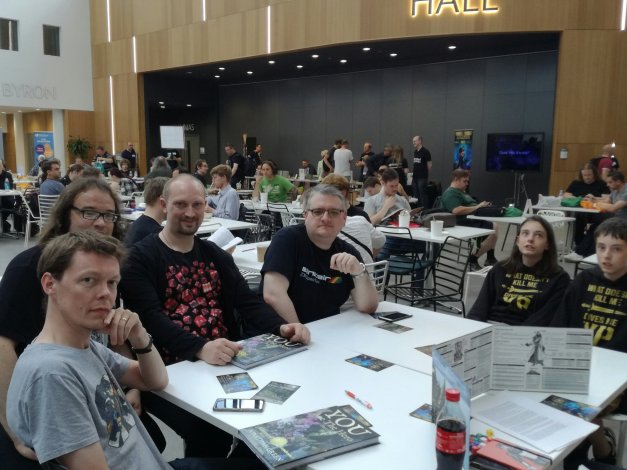 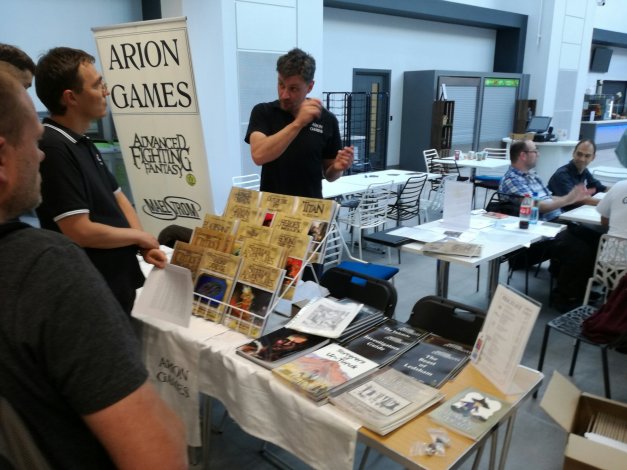 All too soon it was time to leave. But once again Fighting Fantasy Fest was a triumph for all fans of the series. The Demonic Three set off for their afterfest meal in Uxbridge. A fitting end to a magnificent day. Many thanks to everyone who signed my Yath2, and to all those who couldn’t make it this time I hope you will next time. 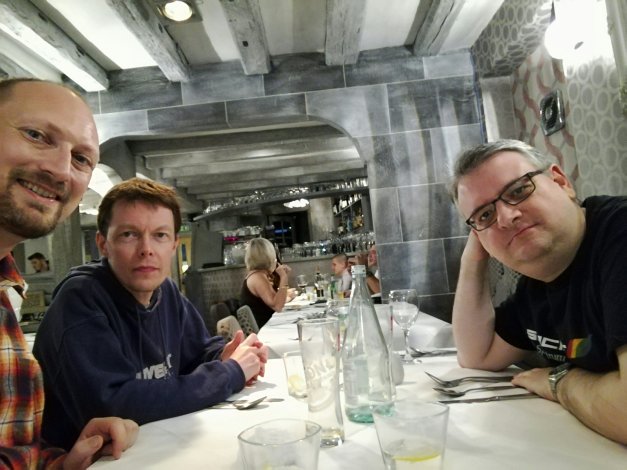