For about 23 years now I have been toying with the idea of getting tattoo’s based on the amazing illustrations from the Fighting Fantasy game book series. Well this month I finally went beserk. Starting off with the Iain McCaig filler illustration of the villainous Zanbar Bone from the book City Of Thieves.

The tattooist did such an amazing job barely three weeks later I nuked some credit and had two more done. The first being Martin McKenna’s unused filler intended for FF40, Dead Of Night. Puffin rejected it though because of the religious iconography. Cowards.

The next would be John Blanches filler from the Sorcery series which I simply call sun-orc. Sorcery was the epic four book Fighting Fantasy quest which introduced me to the entire series. 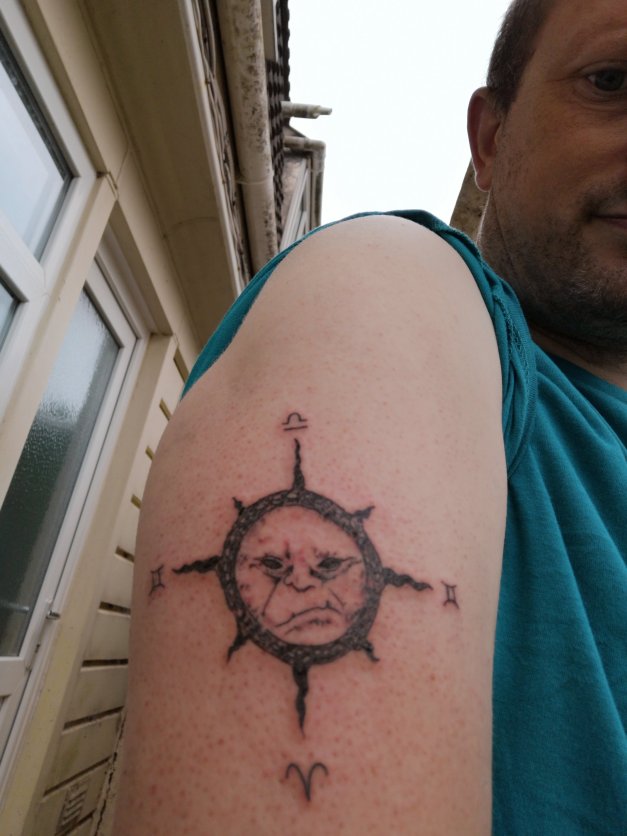